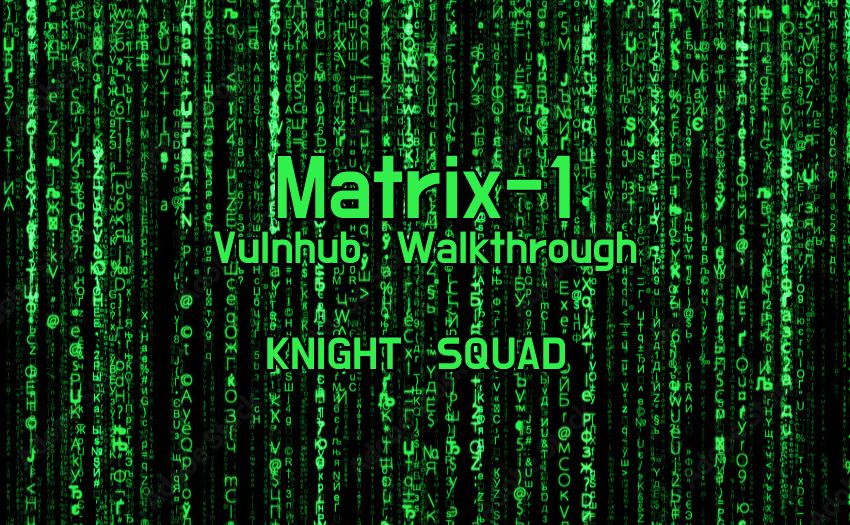 In this article, we will solve a capture of the flag challenge from the Vulnhub platform.

You can download the machine from the following link

This is a beginner friendly machine and our goal is to read the /root/flag.txt file. So let’s get started.

I downloaded and imported the machine (OVA file) to VirtualBox, you can use VMWare if you want. After starting the machine I ran the netdiscover command and got the machine IP.

As we now have our target IP (192.168.0.122), we will start our information gathering through an nmap scan. We will run the following command to scan the target.

As we can see from the nmap scan, three TCP ports are open. There are 22 port for SSH, 80 port for http and 31337 port with another HTTP service. Since we have 80 port open, let’s take a look at the website.

As we can see, this is a simple website and there is a hint “Follow the White Rabbit”. So where is the white Rabbit ? Let’s see the source code.

As we can see, there is nothing interesting except a picture of a white rabbit.

If we notice the image path, there is a port number which is 31337 and earlier we found this port from nmap scan. So let’s look at the website running on that port.

We can see that there is nothing very interesting. So let’s check the source code.

As we can see, the source code contains a base 64 encoded text. Let’s decode the string with the following command

After decoding the string, we get the following text

In Bash > is used to save command output in a file. So from the above text we can assume that there may be a file named Cypher.matrix . So let’s try it

After downloading the file, when we open it we notice some garbage like. But are they garbage? After a little Google search we will know that this is a Brainfuck program. So, let’s run the program. You can run the program here at https://www.tutorialspoint.com/execute_brainfk_online.php

After running the program we get the following output

So, the message says, we can login to the matrix machine as a guest user and we have 6 characters of an 8-character password. Now we need to find the last two characters. We can create a word list of possible passwords using Crunch. For this we will run the following command

Finally we found the right password which is k1ll0r7n . Now let’s login to Matrix

After logging in we noticed that we got a rbash. Now, we need to escape this rbash. We tried to run “ls” command but its not allowed. So we use the echo command to list all the contents of the current working directory.

After running the above command, we notice an interesting directory called “prog”. So let’s see what we have in this directory.

After running the above command, we notice that we have vi in ​​the “prog” directory. So we check the PATH variable if there is a prog directory.

As we can see, the prog directory is in our PATH variable. Let’s run the VI editor and the command will be followed

After exporting all of the above, we have a nice working bash shell. Let’s see if we can run any commands as root. For this we will run the following command

As we can see, we can run all the commands as root. So let’s switch to the root user account with the following command

As we can see, we have successfully got our flag. 🤟

It was easy, right ?

I hope you enjoyed the walkthrough, feel free to share your thoughts in the comments section.